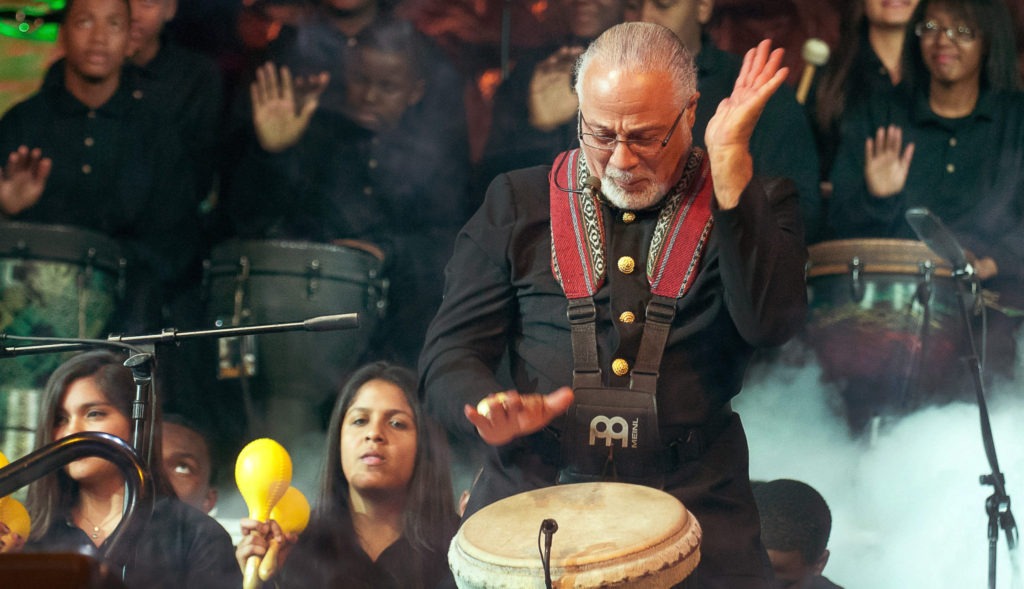 Who is Willie Stewart?

Willie Stewart, Chairman/Co Founder of Embrace Music Foundation, was the principal drummer and percussionist for the international supergroup Third World, the reggae ambassadors of Jamaica.  With an illustrious career spanning 23 years as its principal drummer and percussionist, Willie co-produced 13 albums, 5 of which received Grammy nominations. He has received world acclaim as the recipient of the NAACP Image award, The Diamond Award and the United Nations Peace Medal.  He received the African American Achievers Award Nomination (2009) and the Knight Arts Challenge Award (2010).  Known for excellent collaborative skills and musical genius.  He was a recipient of the Jamaica Diaspora Honors 2012, in the category of “Vanguard Award for Significant Contribution to Culture and Entertainment art, presented by the Consulate General of Jamaica, Miami.   ICABA saluted Willie Stewart as one of the 2012 South Florida “100 Most Accomplished Caribbean Americans.”  He was also featured in the August 2012 issue of Modern Drummer Magazine.

Willie has teamed with composers Kenny Gamble and Leon Huff, recorded and performed live with Stevie Wonder, Eddy Grant, Carlos Santana and Bob Marley, and shared billing with Quincy Jones, U-2, and Police.

Willie is proudest of the unifying attributes of his music and its role in promoting spiritual consciousness and awareness of worldwide human rights injustice, particularly throughout Africa. In 1980, he co-produced a 12-hour concert to honor Nelson Mandela during his post-release visit to Jamaica. Through similar performances for Amnesty International – live before 70,000 people, telecast to 30 million worldwide – and alongside Bob Marley at the now legendary ‘Smile Jamaica Concert,’ Willie believes music provides food for the soul and is an unparalleled unifying force.

Conscious of his social responsibility, Willie gives back to the community in ways that amplify the development of children and families. He continues to build his musical legacy in ways that restore, preserve, and fortify the impact of music — education, appreciation, and performance — on school culture and within communities. His signature Rhythms of Africa concerts play to wide acclaim as he takes his message worldwide.

"It is all about the children and their future"